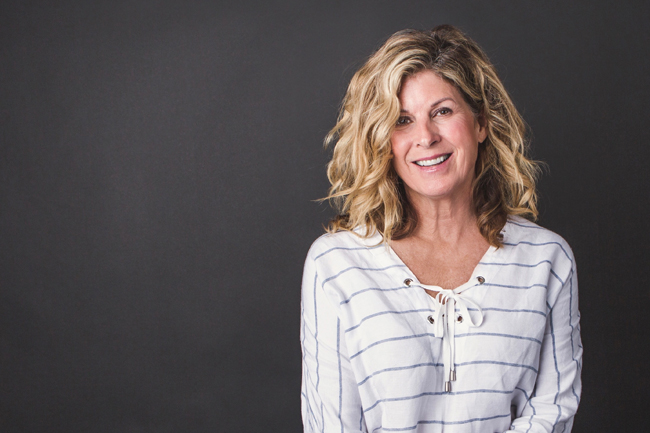 We bought a solar system, complete with eight planets, the sun, a star dome, and Earth’s moon. It sits on the small white desk, next to our printer, at the top of the stairs. Just one click on Amazon Prime and our solar system arrived the next day, neatly boxed with easy assembly instructions. Mercury, Venus, Earth, and Mars rotate slightly faster than Jupiter, Saturn, Uranus, and Neptune, just like the real planets in space. When I turn off the lights, a planetarium-style star show illuminates the ceiling. I love it, and I’m fascinated with how delicately balanced and distinctly colored these miniature orbs are.

All the grandkids were amused when our battery-powered planets began their synchronized orbit around the big yellow sphere (our sun) with the tiny light bulb inside. Young Christopher’s eyes lit up. Not because he was grasping the wonder of how we all can possibly exist on this small blue and green planet, third from the sun. Nor is he aware of the beauty and balance within this tiny, celestial neighborhood.

It was because he liked all the different-sized colorful balls that he can remove from slender metal arms and carry around in his pockets! Sadly, last month we lost Neptune altogether . . . it disappeared underneath the azalea bushes and hasn’t been seen since.

I am completely intrigued by the GeoSafari Motorized Solar System. One thing is obvious: this small replica is completely within my grasp. I can lift it from the table and set it on the floor. I can hold its sun in one hand. Earth is not a burden. All the planets fit in my open palm at the same time. I am sovereign, the supreme ruler over this toy. I decide when—and if—I will turn on the stars to light up the playroom ceiling.

Ponder this with me. God exists in dimensions we cannot comprehend, in fact, I am only a child in understanding. He is transcendent. Unrivaled in power amidst the pinwheel of galaxies and rose-colored nebulae that spin beyond my gaze in the night sky. Within each atom, within each quark, He has left His mark of ownership.

From start to finish, creation is His story to write. And He invites you, He invites me, to share in that beautiful story. A fact so incomprehensible, it’s beyond the farthest star.

He holds the universe, every nation, every crazy world ruler, every category-five hurricane that comes our way. In His hands, He holds it all. Gaze up at a full-orbed moon or study the jewel-like delicacy of a spider’s web. God is magnificently involved in His creation. And He is involved with you, with me.

He is knowable. He is! He cares what I decide to wear today. He sees the bed I am making. He watches as I sweep the driveway, fold the laundry. He delights that I delight in the growing plants that I rooted and placed in clay pots beneath the kitchen window.

Because if I did, I just might lose a planet or two in the azalea bushes.

Do you know what I want? I want—moment by moment—to live in wonder, bewildered at His grace. Even when this world seems so out of control, I am under His watchful care, safely bound in the bundle of His love and protection.

Take a moment right now to meditate on this psalm, and turn your gaze up and praise!

Oh Lord, our Lord, Your majestic name fills the earth!

Your glory is higher than the heavens.

You have taught children and infants to tell of Your strength,

Silencing Your enemies and all who oppose You.

When I look at the night sky and see the work of Your fingers,

The moon and the stars You set in place,

What are mere mortals that You should think about them,

Human beings that You should care for them?

Yet You made them only a little lower than God,

And crowned them with glory and honor.

You gave them charge of everything You made,

Putting all things under their authority—

the flocks and the herds, and all the wild animals,

the birds in the sky, the fish in the sea,

and everything that swims in the ocean currents.

Oh Lord, our Lord! Your majestic name fills the earth!

I so needed this reminder today. That our God is bigger than all that is happening in the world and the United States. His creation cannot be silenced. Praise God!

Lovely to ponder our awesome God! Thank you for reminding us of his majestic power regarding ALL things. He's got the whole world in His hands!

How beautiful! What an amazing reminder of His sovereignty and love that everything is so delicately balanced. ❤

I really needed to hear this...When I'm feeling lost in this huge world, I know that it's not too big for my Lord to know exactly where I am. With him I will always find my way home. Thank you so much for this!

We have no need to worry, God is in control!

Thank you Ella Rankin -- God is in control, for sure. We have nothing to fear.

Thank you Cathe for this great reminder that God is in control and we but need to honor Him with our Praise for all He is doing for us, our nation and the world.

What a beautiful, & timely word for us all. I needed the reminder today.
God bless you Cathe.

Oh Cathe! Oh Lord! Thank you for this reminder. Of course the Lord is speaking to me through His Word and you, Cathe. ❤ you!

Thank you for this beautiful and awesome message!!

Through all the hustle and bustle we can sometimes lose our focus and purpose, and God's purpose. Our God and Creator is simply Amazing, He is Absolute!!!

As Sonia B. wrote: God's creation cannot be silenced, and we witness this everyday, especially regarding the recent hurricanes. Many prayers are lifted for those who have lost their lives and those who were effected in any way.

Yes, God does truly care about us and yes (Ella R.) He is in TOTAL CONTROL!!

God bless you all!

This is wonderful. Thank you Lord for loving and caring about me. Wow.

beautiful, just loved it and what a perfect example.. and loved the part of Christopher so cute.. ;- )

Thank you for this beautiful insight, Cathy. I am struggling in my faith and have been ever since our family suffered an overwhelming tragedy in February 2016. I just can't find my way back to God. When I read this today, it was a little light shining, directing my perspective for the day. Thank you!

That is a beautiful Psalm and we serve an awesome God! Thank you for reminding me to slow down and take time to observe in wonder and amazement the wondrous works of God the Almighty! HE IS LOVE!

Yes, thank you for the beautiful message. GOD, is real we see him everywhere and I LOVE GOD. My sister was saved on the second Sunday of this month. I am so excited for her. She now knows His love.
We still have a family to witness too. I pray God will save their souls.
GOD IS REAL AND WITH US EACH MINUTE.
Thank you for your God given love.

God Bless you all!

Beautifully written. Thank you. God Bless you Cathe and your wonderful family.

Thank you for this beautiful words!!

Me? I know He created all, just still find it hard to accept He cares for me, and sees me (not) making my bed or sweeping. I am jealous of all those who can truly know.

Thank you Lord for being omni present and for being all I need in this world you will never leave me or forsake me , the moon and stars and earth may crumble but you will always be there.

Cathe
You are a great teacher, and many thanks for what you teach us, you truly are a messenger of our Lord!

I love that like the stars and the planets we too are known and placed by His hand. Such a good reminder that our God knows us and loves us and nothing is out of His reach. Daily I have to chose to shut out the chaos and fear of what the world is constantly screaming at us and live in joy and peace and walk in the wisdom the Lord has for me. Then and only then can I can 100% enjoy the journey. Thank you for this post and your love for sharing the word.

What a beautiful Psalm to remind me of the glory of GOD all around me.
When I look into the petals of a rose, a river flowing, or a bald eagle landing on a remote tree top, I see the glory that only a powerful and loving Father can create for not only His enjoyment, but my wonder.
Life is not easy, and that is my understatement for the day.
But, I know that it is much more tolerable knowing that my Father in heaven is watching me and guiding me through the wonderful and awful times and will someday call me to be with Him to His glory.
Praise God, the holy spirit, and His SON, Jesus Christ.

''Because if I did, I just might lose a planet or two in the azalea bushes"...love it. We are like children so vulnerable. Really puts in perspective how trite our worries and cares are compared to the GREATNESS of our GOD IS!!! Thank you for your wisdom! His Creation does really speak to us so much and I thank Him for sharing it with us. God Bless you and your family! *,*

At night when I look out at the big bright full moon and the billions of stars glowing around it, I thank God for putting them there to remind me He is there and watching over each and everyone one of us.

Thank you for sharing