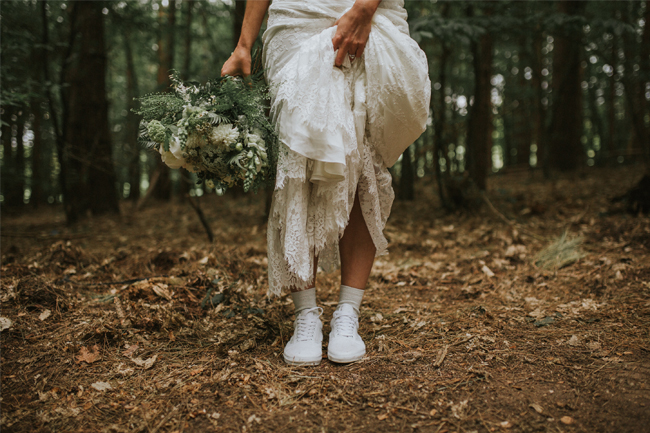 Does it ever feel like the Lord is trying to get your attention, because the same scripture or theme keeps popping up everywhere? For me, it was this. Be still.

For weeks, it was everywhere I turned.

It kept coming up in devotions I was reading. At Hobby Lobby (which I love and where I can spend a ridiculous amount of money) there it was in hand-scripted letters on canvas—even stitched on a pillow! Then someone gave me a coffee mug and guess what was on the front? Be still and know that I am God.

Okay! Point taken. Message received. I needed to be still. But about what? Honestly, I thought I already was. I was spending time in the Word. I was praying—more consistently, in fact, than in previous seasons of my walk with the Lord. Why this persistent nudge to be still?

Then, on a Monday in May I found out why. Contrary to my usual aversion to small group studies, I joined a mentoring group at my church. I found myself, along with six other unmarried women, in a study called Becoming the Bride to Be. We introduced ourselves and I discovered that for a change, I was not the oldest unmarried girl in the group. (At nearly thirty-five, that is often the case in most areas of my life.) After belting out a chorus of Hallelujah (silently to myself) I read one of the first questions in our study guide.

“Do you trust that the Lord will fulfill your desire to be married and has a godly husband set apart for you? And will you commit now to praying daily for him and for yourself?”

I had to stop and read that a few times. Do I think the Lord can fulfill my desire to be married? Sure. But the question asked if I trust He will. “Yes, of course,” I wanted to say, and move on. But something about that call to action, to consistently pray for my future husband, pricked my spirit.

You see, over the years, I’ve watched one girlfriend after another walk down the aisle, and something has become very apparent…I’m in a shrinking minority! Intellectually, I know that God—in His infinite wisdom and power—can, at any time, arrange that meet-cute with my future husband. But if I’m honest, in my heart I was beginning to believe that the chances were slim to none. I stopped trusting the Lord and instead, I was doing damage control to prepare myself for what I saw as the inevitable. My motto: “Don’t get your hopes too high and your heart won’t get broke.” So praying daily for a husband I wasn’t sure existed sounded like a recipe for disaster.

Looking back now, I see how silly my logic was. Why would I ever fear trusting the Lord with my heart, which is so precious to Him?

Right then, I decided instead of trying to control it, I’d entrust the outcome to God and I would practice actively being still before the Lord. Sounds like a contradiction, I know.

Being still is not the same as doing nothing.

It takes concentrated effort to give up control. (Can I get an amen?) To trust that, even when it doesn’t look like it, God has a plan. For me, this means being open to a future even when I wonder if it will happen. Trusting His plan for me now (in the waiting) as I find my contentment and wholeness in Him.

You know what comes out of being still before the Lord? Peace. Maybe not overnight. But in seeking to live a life that pleases Him, right now, here, today. One day you turn around and realize that His peace has worked its way into your heart.

What are you waiting for? What situation are you experiencing that has you thinking it cannot possibly turn out well? Stop. Be still. It just may be the most liberating move you ever make.

This was such an important lesson for me! Jenny speaking of feeling that at her young age of 35 she might never find “Mr. Right”. Well Jenny, I have been divorced for as long as you’ve been alive, 35 years, and at age 70 had just about given up hope, even turning to another disasterous relationship, to find happiness! I have been brought up learning the Scriptures and yet tried to take control of my life to find a mate.
Thank you for reminding me that God’s Word is powerful and was written to give us an abundant life no matter what the circumstance. Proverbs 3:5,6 and Psalm 46:10 are my prayer.

Thank you so much. This is exactly what I needed to hear today.

This is a saying that is constantly popping up in my life and I have often thought it is there to remind me... to just let go and let God. But recently even for me the interpretation evolved further. Being unequally yoked and yes, I knew we were at the start, I have often when going through trials said, "Ok God, are you showing me that it is time to let go of this marriage?" I am so stressed. But recently, as we all do when hearing the scripture we get a deeper understanding of a verse that we have heard a thousand times. "There is no greater love than to lay down your life for a friend." God is not saying to leave, God is saying stop worrying about what you are or are not getting. Your life can be an example and thru you he might be saved. Then I received his peace (AGAIN) that passes understanding. Being still, trusting, letting go of anxiety it is all in our walk with God. My being still is actively choosing to let God handle each situation and he does.

Peace and love to all.

Thank you so much for your words today. I was just crying out to God about this very topic. I desire to find the one HE has set aside for me, but until then, my Lord shall be my husband. Honestly my heart aches. So I get up each day, take care of and raise my kids as best as I can. I never thought to pray for my future husband. Thank you for fanning my flame within.

This very topic is what keeps coming up. I too am single, and 34. I love the Lord and serve Him faithfully. I am praying about have a one day conference to speak truth into being single and how it is Not a punishment, it does Not mean we are unloved, unwanted or the biggest lie: forgotten. Being single is a huge blessing! The world says without a husband your not really living but Paul tells us it's better to be single so that you can be busy about the things of the Lord.
Thank you for sharing your heart and being a vessel for the Lord to again nudge me to be praying more about stepping out and planning!!

I have scriptures about love and the Father follow me. But I think it was just because I was insecure at the time being.